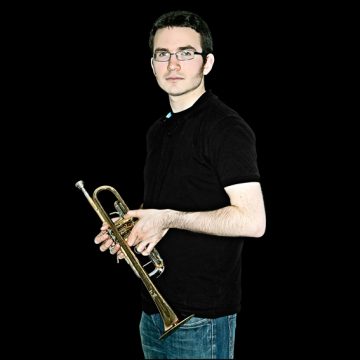 Tom Poulson is the recent winner of both the Trumpet and Contemporary prizes at the Aeolus International Competition for Wind Instruments, receiving 2nd place overall.  Other prizes include the Yamaha Music Foundation of Europe, Making Music’s Philip & Dorothy Green Award and Bromsgrove International Young Musicians’ Platform.  Tom has performed concertos with the Düsseldorf Symphoniker, SInfonietta Köln, English Symphony Orchestra and Camerata Scotland and has given recitals at St. Martin-in-the-Fields and the Royal Festival, Wigmore and Usher Halls.

A graduate of the Royal Conservatoire of Scotland, where he studied with John Wallace, he has performed concertos with both the BBC Scottish Symphony and Royal Scottish National Orchestras.  He is a currently the trumpeter of the International Ensemble Modern Academy.

Chamber music has always been a passion for Tom and recently he became a member of the renowned Stockholm Chamber Brass. Tom is a founding member of the fluid brass ensemble Brass Diversions and regularly works with WorldBrass, Aarhus Sinfonietta and the Red Note Ensemble.

Tom works regularly with Scotland’s national orchestras as well as the Mahler Chamber, Aalborg Symphony and Aarhus Symphony Orchestras.  He has been a member of the Lucerne Festival Academy, performing under the baton of Pierre Boulez, and worked as an onstage musician with the Royal Shakespeare Company.

Supported by the Countess of Munster Musical Trust, Danielle Price attended the Royal Conservatoire of Scotland, graduating with an MMus(distinction). During her studies, Danielle participated in the London Symphony Orchestra Brass Academy, was awarded the 2013 RCS Governor’s Brass Recital Prize and was a recipient of the Robert McCreath Memorial Prize.

Danielle enjoys collaborative projects and is a founding member of the street theatre trio BoldAs who worked in conjunction with CONFLUX and composer Frank Millward.

Danielle enjoys a diverse career in music. She is a member of Pure Brass Quintet, is on the extras list for the Royal Scottish National Orchestra and regularly performs with New Orleans jazz ensemble The Copper Cats.

In 2015, Danielle featured on the album “The Most Important Place In The World” by SAY Award winners Bill Wells and Aidan Moffat. She subsequently toured with the band, performing live on BBC Radio Scotland and Radio 6

Timothy Cooper is a composer and performer of electroacoustic music. My compositions reflect a love of performance born from my studies as a euphonium player and from playing with my parents radio set. This performance is reflected in the kinds of sounds I seek out and in the way that I use them both instrumentally and in the electroacoustic studio.