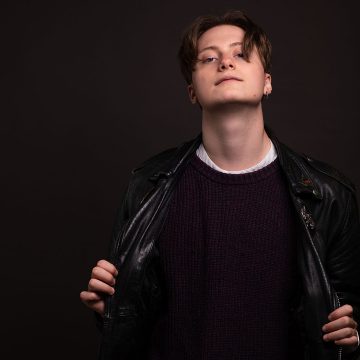 Rylan Gleave (b.1997) is a Leith-based composer and vocalist whose musical practice involves mending the unfeigned gaps in his classical voice study with the healings of imaginative neuro-/gender-divergent kinship. Re-emerging as a composer/performer, his recent work has explored the instrumental qualities of his late-breaking trans-masc voice through queer autoethnography, and autistic-specific notation. His compositions have been praised as ‘haunting’ by The Herald, and ‘rapturous’ by The Scotsman, who named him ‘One to Watch’ 2021, describing him as ‘one of the brightest lights in Scotland’s new music scene’.

Rylan studied with Linda Buckley, Oliver Searle, and David Fennessy at the Royal Conservatoire of Scotland, supported by a Dewar Arts Award, The Kenneth Barrett Scholarship from the RCS Trust, and The Glasgow Educational and Marshall Trust. He graduated from his Master of Music in 2021, with The Royal Conservatoire of Scotland Composition Prize, and The Craig Armstrong Prize.