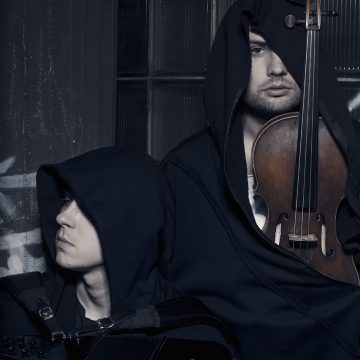 Duo Van Vliet première a new piece by Linda Buckley (commissioned by The night With…) along with music from their Lachrymae Revisited album.