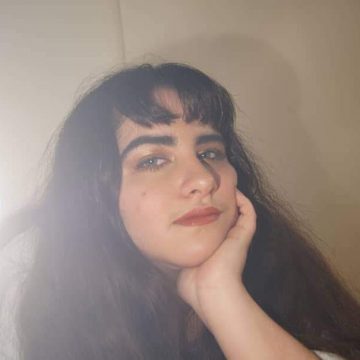 Darlene Zarabozo is a Cuban-American composer, sound artist, musician and collaborator based in Glasgow, Scotland. She received her Bachelor’s of Music (Composition) with Honors of the First Class and Endorsement in Social Change through Music at the Royal Conservatoire of Scotland under the tutelage of Linda Buckley. In addition, she’s also received support from Alistair MacDonald in her electroacoustic studies.

Unafraid of sacrificing her pride for the sake of vulnerability and art, her music is inspired and influenced by the people around her–especially the people she’s collaborated with who have come from different disciplines, levels of training, and backgrounds. However, regardless of whether she works alone or with other people, her mission is to find a balance between the familiar and the unfamiliar; to strike a personal note with something people don’t know how to define.

Her favorite works have included: her electroacoustic EP, Cheap Emotions; The Typewriter Manifesto, featured at the University of St. Andrew’s Explorathon Festival; music for RCS’s, The Bacchae and Winter’s Tale; experimental music and sound design for multimedia pieces, Hide/Bound, and My Feet Are Numb From the Cold; her piece, Eventually, Hopefully, but Not Really, performed by the Hebrides Ensemble; and her indie-pop album, This Heart Breaks For You, as Misread.

Recently, she’s one of six composers to be shortlisted by New Music Scotland and Scottish Music Centre for ISCM 2021 for her text-spoken electroacoustic piece, “The Inevitable Withdrawal (feat. text by Phoebe McGowan)”. She was also featured on BBC Radio Scotland: Introducing for her song, “This Heart Breaks for You”, which was broadcasted in March 2021. More recently, her piece, “are You there?”, won the violin and electronic commission for The Night With… for violinist Emma Lloyd.