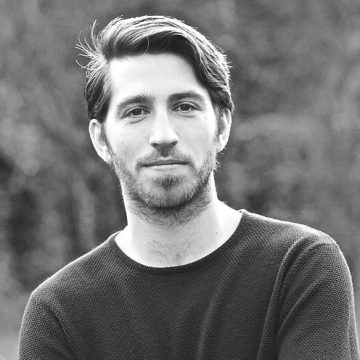 ​George is a 2018 LSO Panufnik Composer and also joins the PRS Accelerate Scheme for emerging composers this year. Past awards include First Prize in the St Magnus Composers’ competition, as well as the Dvořák Prize at the International Dvořák Composition Competition. George also won Creative Scotland’s ‘The Night With…’ Call for Scores, the Montréal Concert Society Composition prize and the Renée B. Fisher Composer Award. In the UK, his works have been performed at the Barbican, Sadler’s Wells, St Magnus Festival, St. James Piccadilly, The Royal Academy of Arts and the Elgar Room of The Albert Hall. His influences are numerous, but a love for jazz and other forms of improvised music has had a particular impact on his work.

​In London George studied with Julian Anderson and Joseph Phibbs, and holds a Masters from The Guildhall School of Music and Drama. He also received an Advanced Diploma in Composition from Moscow Conservatoire under Alexander Tchaikovsky.glo