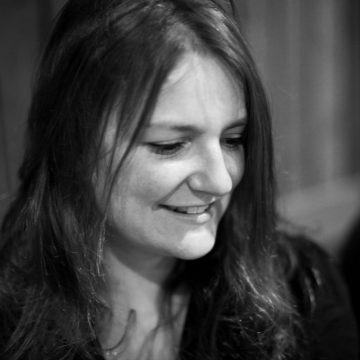 Described as ‘beguiling’ (The Guardian), my 2016 composition for the BBC Philharmonic was performed at the Bridgewater Hall and commissioned and broadcast by BBC Radio 3. In 2017, a commission from The Night With… series was heard in Scottish pubs, recorded for radio broadcast, commissioned with funds from Creative Scotland, and featured in M Magazine. Further recent funding success with Arts Council England enabled the commission of House of Mazes for Trio Atem, which is currently touring a range of performances venues across the UK.

My music has been performed widely in the UK and abroad by ensembles such as Manchester Camerata, Quatuor Danel, Dutch accordion duo TOEAC, Ealing Youth Orchestra, Psappha, Colinton Amateur Orchestra (Adopt-a-composer scheme), and Distractfold Ensemble at venues and festivals including the Cheltenham Music Festival, Kettle’s Yard, the Bridgewater Hall, Kings Place and the RNCM. International performances include The Galaxy Rotation Problem at the World Music Days festival (Slovenia, 2015; selected by British and international panels).

Many of my compositions take their inspiration from extra-musical sources including visual art (Out hunting teeth: a set of piano pieces inspired by Goya’s Los Caprichos), poetry (Distant voices: a work for 14 players, 6 solo singers, and electronics setting poems by C.P. Cavafy), and science (a cycle of cloud-inspired pieces featuring the bass flute and drawing on scientific research into clouds – ranging from an 1804 essay that first defined the cloud types, to images and data from a NASA satellite).

I have a record of innovative collaborations with practitioners from other art forms, including performances in Amsterdam, and at the Manchester International Festival with performance artist Michael Mayhew, singing glossolalia in artist Ron Athey’s Gifts of the Spirit, creating sound for a motion-graphics installation by James Snazell (shown in Rome, Athens, Nottingham, and Camarthen), sound for performance artist Karen McLeod, and a recent solo performance art piece for a group show 11 11 11 – in remembrance – Manchester (funded by Arts Council England). More recently, I have developed a multimedia performance in collaboration with Gavin Osborn, titled Chthonic Mazes, featuring performer movement, projection, and electroacoustic sound.

Work in education has included leading several projects for Manchester Camerata’s Learning and Participation programme, as well as teaching at The University of Manchester, RNCM, and Lancaster University.glo